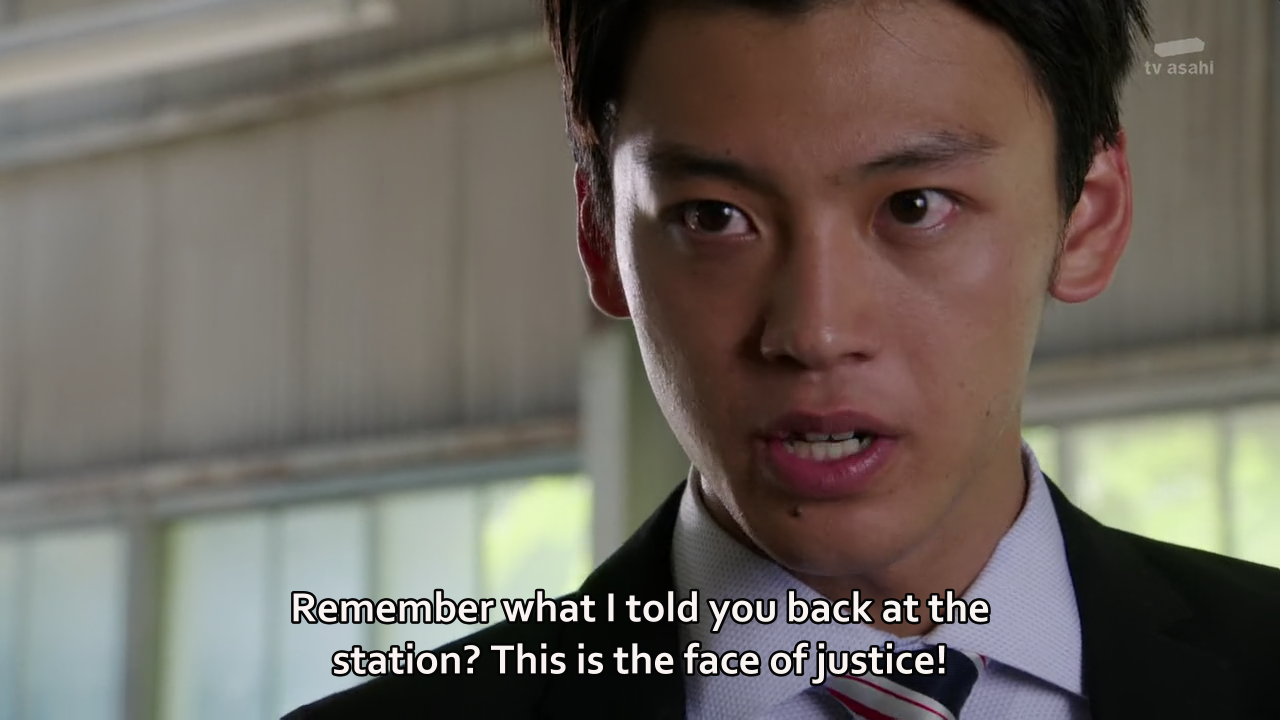 Just in time for Halloween!  A spooky two-parter about a haunted art studio.  Beautiful women are going missing one by one, and their ghosts are being seen surrounding the studio of an eccentric painter.  Meanwhile, Tomari and Kiriko face their own ghosts.  A Roidmude from Kiriko's past may have returned...  Meanwhile, Tomari must face the Grim Reaper... Machine Chaser!

Jeeg here.  I was away from home for work this week, hence the lack of release posts.  However, these episodes were available on their respective Sunday release dates at Over-Time!  If you're ever wondering where this week's Drive episode is, go check over there.

Now stay tuned for Stronger episode 39, the finale, coming this week!
Posted by Steel A Jeeg at 1:41 PM No comments: 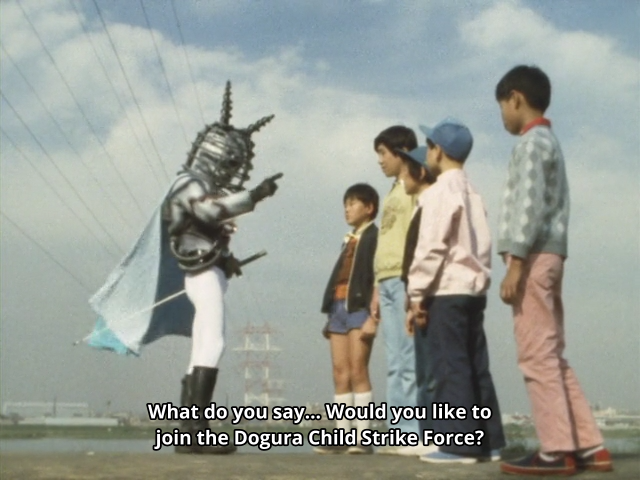 Ever since the Akumaizers swore to defend humanity from the threat of the Downworld Invaders, it's been an uphill battle getting people to accept them.  But what happens when Dogura uses the very innocents that Zabitan and the rest have sworn to protect against them?!  The team doesn't agree on how to deal with this new threat, and their friendship is in jeopardy.  Will they be able to stop Dogura in time before he creates a worldwide oil shortage?

Another great episode focusing on the central theme of Akumaizer; what it means to be a hero.  In many ways, this episode best shows all three characters perspectives on that meaning.  Gabura's friendly dependability, Iburi's passion to defeat his enemy no matter the cost, and Zabitan's devotion to protecting the innocent.

And of course, there's the great action scenes and soundtrack (love that jazzy electric guitar) that make these shows so incredible.  Enjoy! 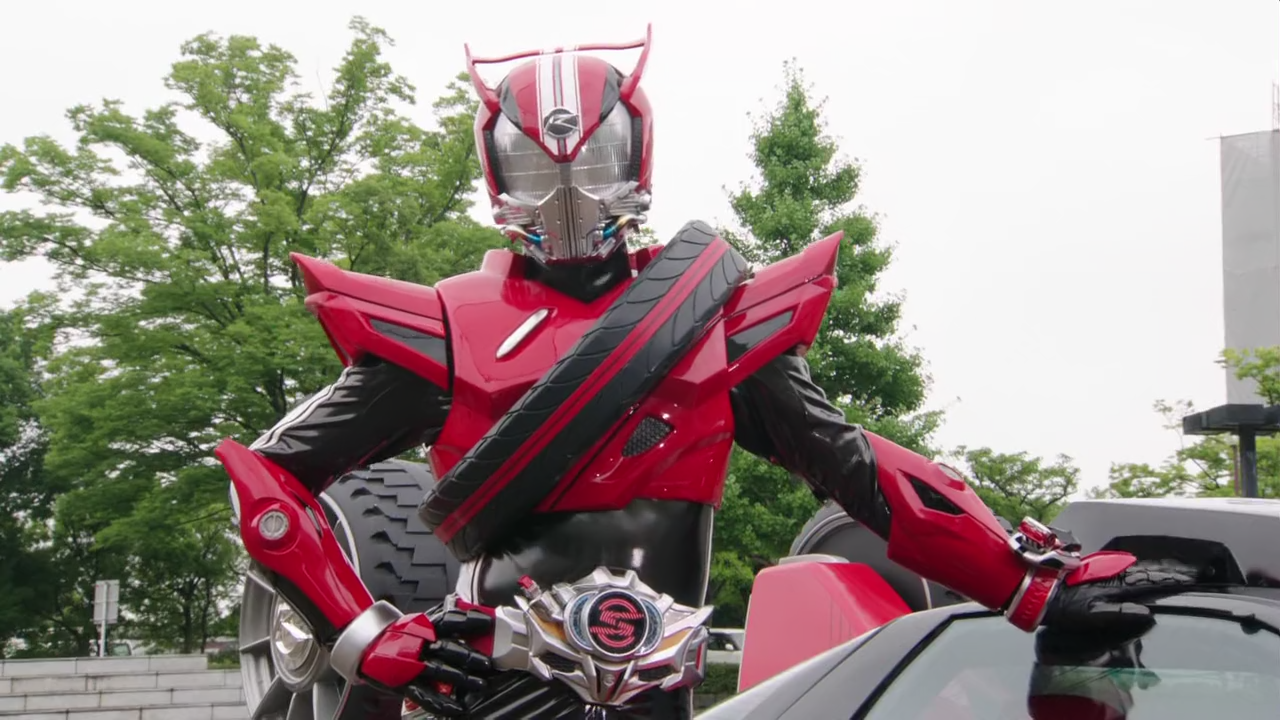 The Special Crimes Unit is finally starting to work together as a team.  But Shinnosuke just can't shake the feeling that there's more to this case than a series of random attempted murders...

And who are Heart and Brain?  And what is the secret of the Roidmudes?

Just when you thought there were more questions than answers... a mysterious newcomer arrives on the scene.

This has actually been out since Sunday!  But you'd know that if you followed our awesome friends at Over-Time.  Now that we're back in town, here's our simple, cozy release post.  A rustic release for the every-fan.  Now stick around, because Akumaizer-3 08 is coming soon! 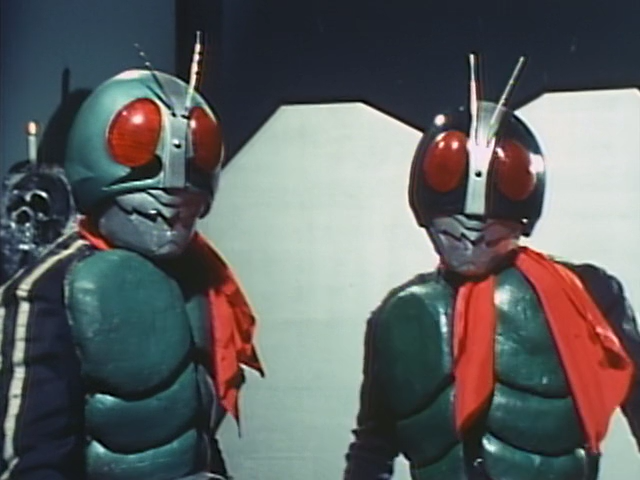 The final showdown... What more needs to be said?  Stronger and Shadow finally face off against each other...  meanwhile, Marshall Machine, Armor Knight, and Lt. Colonel Magnet have their hands full with the combined might of all seven Riders!  There's no way they could stand a chance against that many heroes...  or could they?

We're almost at the end, guys!  Hopefully we'll get those older episodes redone and ready for a batch for you, because you won't want to miss this incredible series now that the finale is right around the corner.  Come back soon for the final episode of Kamen Rider Stronger!

And come back soon for an all new episode of Kamen Rider Drive!  We've also got Akumaizer-3 08 coming out, too!
Posted by Steel A Jeeg at 5:07 PM 1 comment: 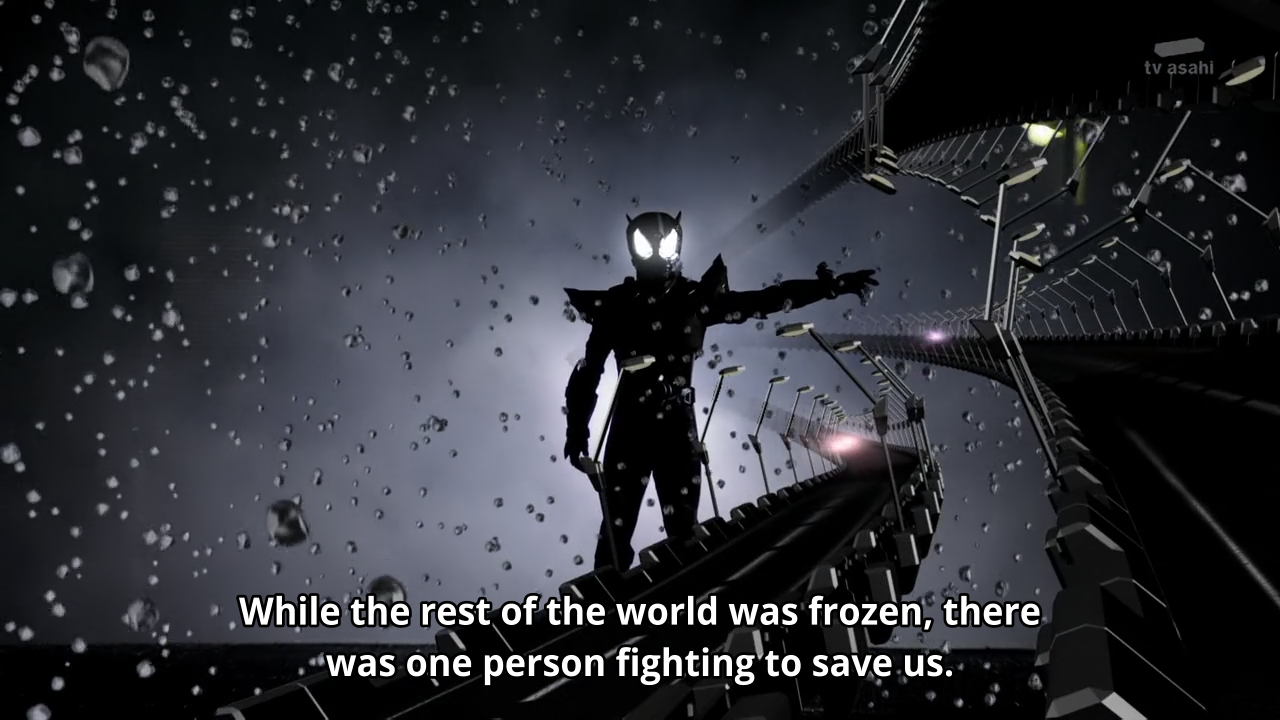 A mysterious gravitational effect almost ended life as we know it... now, six months later, one man fights to save the world.  His life was irreversibly changed back then, will he ever be able to find his way again?  And what is the deal with this talking car...?

Before anyone says anything, this isn't going to cause any huge delays. It looked like a fun show, and the opportunity to work on it with Over-Time presented itself, so we took it.  But don't fret if you're strictly Showa.  Stronger 38 is coming out soon.
And now that we're working regularly with our extended team, expect more releases to follow!  We know that you've been patient with us, and we appreciate that.  Let's just say that a certain tyrant from our partner group would never allow us to let our future releases slip any more than they already have...
As a matter of fact, expect Akumaizer-3 08 and a new Kamen Rider episode soon after Stronger is out!


Anyway, we hope you enjoy the new series!  And we'll see you soon.  Promise!
Posted by Steel A Jeeg at 10:11 PM No comments: