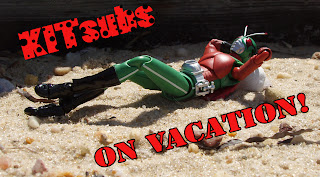 We're not dead, we swear!
Actually, we released Kamen Rider Stronger 28 along with Midnight Crew Subs a little over a week ago.  But since then, we've been on a mini vacation.  You might have seen this already, but only if you follow us on Facebook or Twitter.  So for those of you that are loyal to the blog... sorry!  I wasn't able to post from my LUXURIOUS BEACH VACATION (not really, bit there's no reliable internet out here!)

Speaking of Stronger... we've got some pretty big news coming up about that project, as well as the future of the group (nothing bad, I promise) So expect that, along with a new Skryider, next week!

Until then, I'm going to enjoy what little I have left of my (very hectic) summer.  And I'm looking forward to getting more episodes out along with the rest of the team soon!

(To any KITsubs members that are checking this, I haven't been able to log in to my /m/subs email.  I will respond to your messages as soon as I can!  Sorry.) 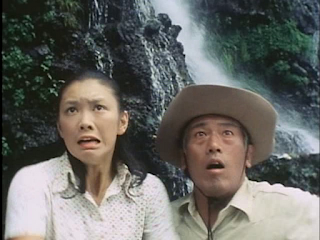 Ok... I've made a terrible mistake.
It appears I have the wrong versions of the scripts for Kamen Rider 32-36 on my computer.  Instead of Sky79's translations, I have my partially translated timings...

Ok, so no big deal... I'll just get them from the forum, right?
Oh... it looks like all of the old file attachments were deleted when the threads merged.

So yeah, this is made even worse because Sky is on vacation until the 20th, and we need TL checks!  So in case she doesn't get back to me until then, I was hoping that maybe one of you had them?

If anybody has the original scripts from the /m/subs forum, please let me know!  I'll be eternally grateful!

It appears as if I've saved the day using a little bit of internet ingenuity spurred on by late-night-crazies...

First, I found the post that contained the file I need (see the lack of a download link) 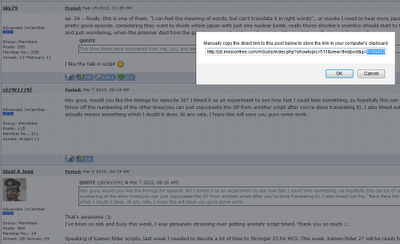 Now, I apply that number to the link that pops up when you try and download one of the current attachments 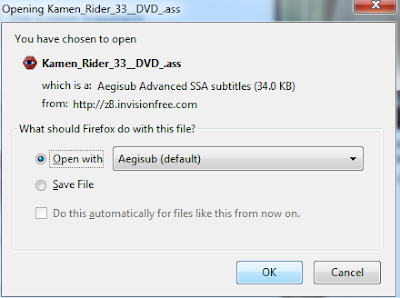 It looks like spending way too many years of my life working on the internet have finally paid off!  Or have they...

Anyway, thanks for putting up with my freak out, everybody!  We'll be back later on along with Midnight Crew Subs for a new episode of Kamen Rider Stronger.
Posted by Steel A Jeeg at 4:18 AM 1 comment: 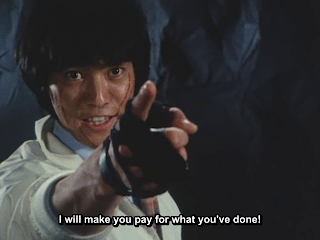 Kamen Rider Skyrider episode 29:
[MKV] [Script] [AVI] [MKV Torrent] [AVI Torrent]
If you were worried that things would get silly during the second half of Skyrider, then you were wrong.  At least for now, anyway.  This episode is messed up.  At face value it seems really silly.  Especially the part with the silly Halloween masks.  But once you realize that's part of the plot, then you can let the actual gravity of the story settle in.  We've got an ancient mummy enslaving children to kill people in Japan.  Pretty standard fare for NeoShocker, to be honest.  But it's the way he does it, and the way the kids attack people... that clicking will haunt your soul!
But don't take my word for it.  Check it out for yourself!

Anyway, this is another great action episode.  Hiroshi loses his cool  towards the end and goes full-on Batman at one point.  You'll see what I'm talking about.  When you do, just ask yourself this... "Where did the Captain go?"

Dark stuff, man.  Dark stuff.  But it's all in the name of fun!
We'll be back sooner than later this time, with some more Skyrider, a new episode of Stronger, and something special along with Over-Time!  Thanks for watching.
Posted by Steel A Jeeg at 8:54 PM 1 comment: