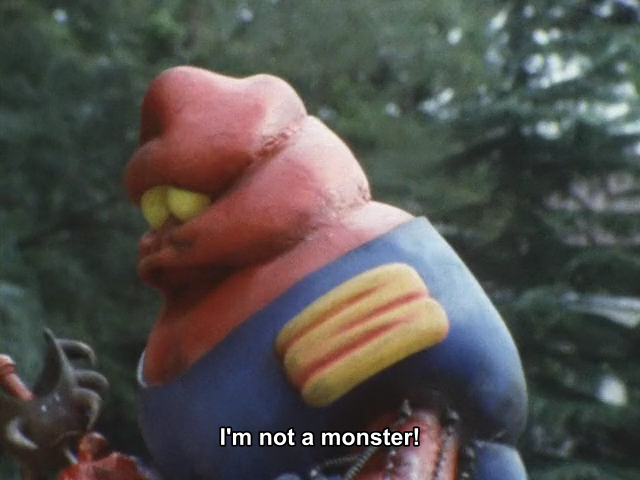 This is a great episode where we really start to see the heart behind Akumaizer's story.  It's all the more heartfelt because the conflict of the story revolves around Gabura.  He's the kind hearted one, the story's closest to a naive character.  So to see him experience the pain of prejudice, even in such a heavy handed 70's tokusatsu manner, makes it seem all the more unpleasant.  Or maybe I'm just over analyzing.  Either way, it's a great episode.  It might even make you FEEL a little!
We also get to see Ibiru's weakness in this episodes.  So far we know of Gabura's need to drink water, and Zabitan's agony in the presence of a Demon Crest... what could our resident half-pompous Akumaizer be susceptible to?! 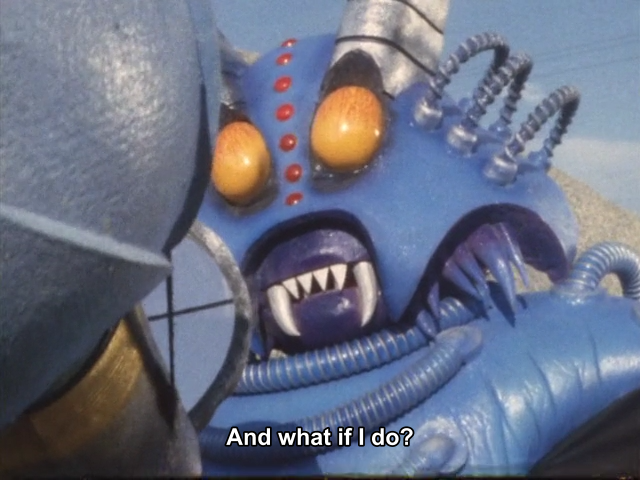 With this release, we're going to start a mini-marathon of Akumaizer episodes.  Kou was kind enough to work on these translations a while ago, so it's only fair that we start giving the series a little more attention.  But don't worry, we'll have plenty of Rider action on the way too.  We're hoping to get some more Skyrider and Stronger out soon.