And we're back!
This episode starts off with a HUGE factual error (you'll see, check the script for the real deal) and quickly escalates to Shocker admitting that their science is based less in logic than it is in "wtf" factor.  We also get to see one of the most disgusting special attacks in Shocker Cyborg history.

This episode also features some great Colonel Zol scenes.  If you didn't love him before, you will now.  But he might actually be upstaged by our plucky Scientist-of-the-Week and his table turning twist on Shocker's treachery!

So, where have we been?  Well, as I mentioned last week, it's been a busy time.  The specifics are unimportant.  Definitely uninteresting.  It's summer, things are busy, people are traveling, etc... You know the drill.  But we're taking a new translator on a test run with a new script, we've got more staff than ever, and we're ready to get some episodes out.  Don't expect regular weekly releases just yet, but they'll be back very soon.  And our next release won't take as long as this one did.

As for WHAT that next release is... we'll see!  We have a lot of stuff in the pipeline, and we'll see what we finish next.  As always, we really appreciate your patience and we love bringing these episodes to you.  Thanks for all of your support!
Posted by Steel A Jeeg at 9:39 PM 3 comments: 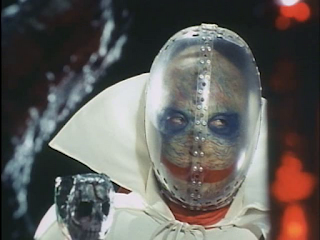 It's been a while, hasn't it?  Both for Stronger, and for a KITsubs release!  Exactly a month since we last released something, and twice as long since we've seen a Stronger release.  Things have been crazy, as the beginning of summer usually is.  But now it's nothing but sunny days... which will be promptly shut out with blinds and curtains.  So expect things to swing into full gear again!

In this episode, Stronger gears up for its second half.  With Great Leader dead, nothing is standing in General Shadow's way from taking charge against the Earth.  With the eccentric and conniving Delza Army, he makes his presence known to Stronger and company.  And their first enemy is the powerful Staff Officer Steel.

Come back soon for Kamen Rider episode 30.  Then we'll discuss some of the news and developments behind the scenes that have been going on this past month.  Thanks for watching!
Posted by Steel A Jeeg at 8:11 AM 5 comments: