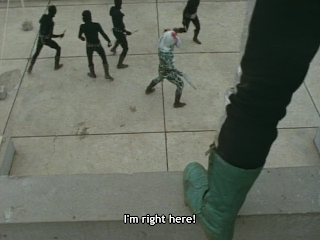 Oh well... it's been a while!
Where we've been has been well documented on our Twitter and Facebook page (come join us!)
From there you can follow us and get updates on new releases, warnings on extended delays, and meet some of the staff.

Instead of our usual ranting trivia filled release post, we've got some information about this release, and upcoming releases.
First off all, the big elephant in the room: 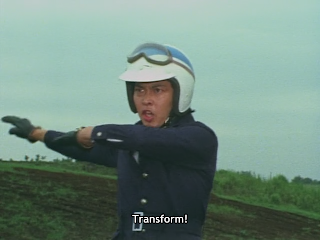 Yes, Transform.  It always should have been that way.  Our preference has always been to translate everything that should be translated.  Henshin got a pass, because of older fan nostalgia.  We referred to these guys as Henshin Heroes back in the day!  Also fans were used to it.  but it SHOULD be translated.  And it is now.  BUT... if you're still attached to the Henshin, don't worry.  You can select an optional subtitle track.  Just choose the track labeled "Henshin."

Which brings us to our second topic:  Releases.
From now on, NEW releases will be MKV only.  You'll still get a script, a torrent, and a DDL.  But the AVI releases will come later on.  This will make getting new episodes out faster, and will save us the trouble of having to reencode AVI versions if there are script errors.
Actually, we would really love to get a volunteer to help us with hardsubbed encodes and uploads.  If you're interested, drop us a line on the forum.

Want to know how to play MKVs?  It's really simple.
Get this - CCCP Codec Pack
And this - Media Player Classic
Boom.  You're set.  Enjoy smaller file sizes and superior video quality!

I won't say too much about the episode, but it's a good one.  Classic Rider action, but we get kind of cheated on the finisher!  Oh well, it's not as FLASHY but it's actually pretty brutal.  Yikes.  Speaking of brutal, watch as a bevy of Shocker badguys beat up a bunch of kids.  Oh good!

We'll be back VERY soon with Kamen Rider 38, and a special release to kick off our new show!