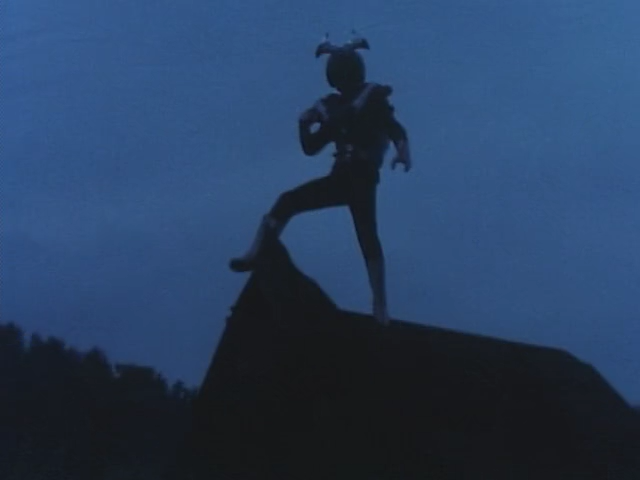 Secretary of State Wolf's plot to kill Stronger moves into its final phases.  Baron Rock wasn't much help ending Stronger's life, but maybe the power of the Almighty Wolf will!  And if that doesn't work, then maybe manipulating another Delza leader will... enter Commander Blank!  But will he help Wolf defeat Stronger, or will he try to claim victory for himself?  Meanwhile, Shadow is still lurking behind the scenes, waiting to play his hand...

Another awesome episode featuring Delza leaders and their backstabbing motivations.  One factor that really makes Stronger stand out as a classic.
Another great aspect of this episode is the night fight at the end.  The contrasting visuals of Stronger's chrome power up accents against the dark backdrop is just another example of the visually striking direction of these older tokusatsu shows.

We're getting closer to the end!  We should actually be finished with Stronger soon.  After we release the last episode, we'll go back and put some polish on episodes 2-20 and release batch torrents.
And come back in a few days for Akumaizer-3 05.

And Skyrider 31.
Yep, you read that right!